“We are broken people living in a broken world.” -Randy Rowland

I don’t want to apologize to blog readers about talking about sin. We should realize at least these six things about sin:

#1- it affects ALL people. Only Jesus was sinless.

#2-ALL people are prone to it. Sometimes it is subtle.

#4- God hates sin. Since we want to be more like Jesus, shouldn’t we hate sin also?

#5-Jesus teaches that “secret” sins of the heart are just a “bad” as ostensible sins.

#6- Sometimes, we are just as guilty of sin when we don’t act. (sin of omission)

Six sins that God hates in Proverbs 6:16-19– haughtiness (pride), lying, murdering, scheming, eagerness to do evil, a false witness, stirring up dissension. But the seven sins we love to hate are a little different.

Today we will talk about Pride an Envy

Pride– In Latin, the word for pride is “superbia, which means “above” or “better.” The 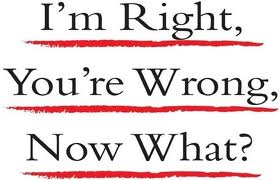 dictionary defines pride as “an immoderate degree of self-esteem or an overvaluation set upon persons by themselves, which undervalues and oppresses others.” Pride is a sin of too much love for the self. Lucifer’s rebellion was about pride.  He wanted to be “like God.”– Isaiah 14:12-15.

In Isaiah 45:9-13, God says that he is the potter and we are the clay.  Who does man think they are? Don’t be puffed up with pride, God says. Genesis 11:4 The Tower of Babel was a great human achievement but one filled with pride.  Because of pride, God confused the people by giving them many languages.  Proverbs 16:5 says:The Lord detests all the proud of heart.  Be sure of this: They will not go unpunished.  In Amos 6:13 God tells Israel, “And just as stupid is your rejoicing in how great you are, when you are less than nothing! And priding yourselves on your own tiny power!” James 4:6 says, “God resists the proud, but give grace to the humble.” 2 Corinthians 10:13-15, 17 Don’t boast in your own abilities, but boast in the Lord!

Pride is about being #1 on your list at all times. That’s in front of God, country, family, friends.

Billy Graham in the prime of life

“When you reach the end of yourself, you start the beginning to God.”–Billy Graham.

Envy– this is a grudging awareness of an advantage enjoyed by another person and a desire to have that same advantage. Proverbs 14:30 says: A heart at peace gives life to the body, but envy rots the bones.  Proverbs 23:17 says: Do not let your heart envy sinners, but always be zealous for the fear of the Lord.

God knew that being envious of others would help to reek havoc in our lives. It breeds a

bad attitude. Therefore, God included it in the Ten commandments. The Tenth commandment, in Exodus 20:17 and Deuteronomy 5:21, says, “You shall not covet your neighbor’s house.  You shall not covet your neighbor’s wife, or his manservant or maidservant, his ox or donkey, or anything that belongs to your neighbor.”   To covet means “to wish for enviously” or to “desire another’s possession inordinately.”   It is saying that you are really not satisfied with your choices and what God has given you.  It shows a lack of being content, and leads to bitterness.

The story goes that at a COMDEX computer expo, Microsoft’s Bill Gates compared the

General Motors responded to Gates by releasing the statement, “Yes, but would you want your car to crash twice a day?”

In many ways, it doesn’t make sense to compare ourselves with others.

Many ask the difference between envy and jealousy. A simple way to remember is that jealously goes one step further than envy. Not only is there envy of another, but a hostile resentment towards that person BECAUSE of envy.

Do yourself a favor fellow Christians: Seek humility rather than pride, and contentment rather than envy. The Holy Spirit will help you do this. God will be honored.

Humble yourselves in the sight of the Lord, and he will lift you up. James 4:10

I am married to Janet and we have four children. I am active in Grace church in Racine, Wisconsin and serve there in leadership and teaching . I have been an internist for 30 years and keep busy by taking care of a full load of patients. On the side, I like to write, coach, mentor, spend time with my family just hangin' out, and help take care of our two dogs; a rusty colored Golden Retriever named Finley and a Bernese named Sadie'.
View all posts by Dr. Robert →
This entry was posted in Envy, Pride and tagged Envy, Pride, Sins we love. Bookmark the permalink.

3 Responses to Seven deadly sins we hate to love